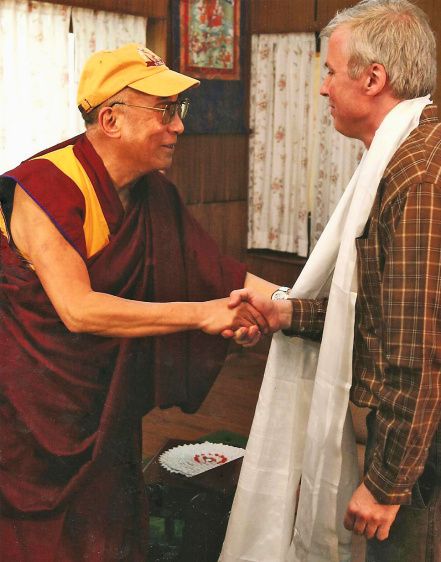 Director of Photography for this feature documentary. The film is a series of conversations with former NPR host and esteemed journalist Diane Rehm discussing the issue of medical aid in dying. (2020-21)

USO - For The Troops - PBS National

Director of Photography for PBS special about the history of the USO. (2016)

Director of Photography for PBS special about the history of The White House. (2016)

Director of Photography for film series on scientific breakthroughs. "Fighting Pandemics" and "Decoding the Brain" (2016)

"Follow Me" The Jonathan Netanyahu Story - The story of a young soldier who struggled to find the balance between the people and the nation he loved. (2012)

"Paper Clips 2" - Sequel to the multi award winning film about students from a small rural town in Tennessee learning about the Holocaust. (2012)

“Project Happiness” – This film features 3 groups of students from around the world all studying from a book written by the Dalai Lama. Their search for the true meaning of happiness is highlighted when they ask the Dalai Lama himself about the subject. (2009)

“Bedford, the Town They Left Behind” – Independent feature examines the people of the small town of Bedford, VA. On the 1st day of the D-Day invasion they had the highest per capita casualties of anywhere in America. The town’s dedication and sacrifice for freedom examines what the true cost of war really is as the latest generations leave for the Iraq war. (2009)

“Through the Wormhole with Morgan Freeman” – A series of 1 hour science documentaries with topics such as what are we made of? Is time travel possible? Hosted and narrated by Morgan Freeman. (2010 -2017)

"Nightmare Next Door" Cinematic re-creations paint the pictures of murder crimes from the past. Classic who done it! (2012)

"Finding Amelia" - Re-Creations for documentary about Amelia Earhardt and new evidence that she may have landed on a remote south pacific island. (2010)

“Jackpot! Inside America’s Lottery Winners” - A film featuring a New Hampshire couple that won $66 Million in the lottery (2005)

"Lampshade" A Jewish New York writer aquires a World War II era lampshade believed to be made of human skin. (2012)

“Inside Mecca” – A National Geographic Special about the Muslim religion (2003)

“The Secret Life of Cats” – A film about the effect of domestic cats on local wildlife. National Emmy Award in Lighting category! (1998)

A series of 1-minute commercial spots for Discovery Health Channel, sponsored by Clorox (2004)

A series of 16 mm film commercials for the Greater Southeast Hospitals, Washington, DC (2002)

“16 Days of Glory, The Nagano Games” – The Official Film of the 1998 Winter Olympic Games. Directed and produced by Bud Greenspan. (1998)